In 1973, at the age of 19, Debora lost her first child to abortion. The decision was made in fear and without understanding of the life that was growing inside her. Although she was raised in a Christian home and had accepted Jesus as her Savior at the age of 11, she still chose to end the life of her own child.

For almost 30 years, Debora refused to deal with this part of her past, but God began to gently lead her to a place of repentance and then a desire to reach out to other women who had walked the same road. Living in rural New Mexico there were no post-abortion recovery programs available for her to participate in at the time, however, Debora felt strongly that she needed to receive that kind of healing. Surrendering the Secret bible study and DVD series was published by Lifeway and released for sale in January 2008. Debora learned about this study through her church’s statewide publication, bought the kit and worked through it on her own that summer. In September of 2008, she introduced the study to her home church and began an abortion recovery ministry there.

Debora believes that God has given her three distinct areas of ministry:

In carrying out these areas of ministry, Debora has also been led to mentor and teach those persons who might also want to minister to the post-abortive in our country and across the world.

Debora resides in Artesia, NM, and has been a resident of southeastern/south central New Mexico her entire life. She is a wife and a mother to two children in heaven, two beautiful grown daughters and three precious grandchildren. 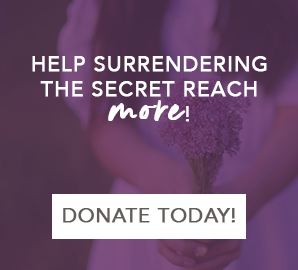